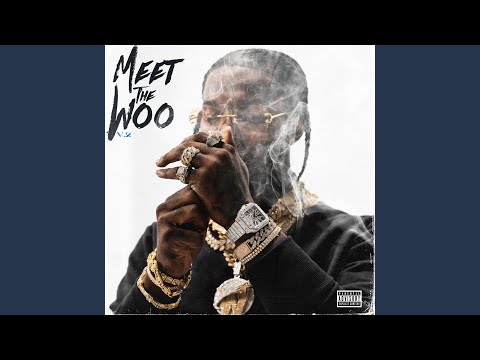 A little birdie leaked multiple Blockstream investor emails to me. I will not be revealing my source so do not ask. As we are all well aware many Blockstream investors are upset with the way Blockstream has been squandering away their venture capital.
I am taking snippets from the leaked emails and publishing them here. Any Blockstreamer that wants to confirm or deny the leaked email snippets is more than welcome to but I highly doubt they will and will more than likely deny these exist. It's easy to tell who wrote the emails from their obvious writing style. Also just think who is the main public facing exec at Blockstream and you know will know who. It's very easy to tell :D


Here is the first leaked email to investors which covers Q1 2017. Some interesting snippets with bolded areas by me to show important statements and claims being made by Blockstream.

Dear Blockstream Investor!
A lot of exciting things have happened since our last update and we are preparing several public announcements over the coming weeks. Below is an update on our progress:
Community Update
As background on the Bitcoin ecosystem, although none of Blockstream’s business plans are conditional on activation of Segregated Witness (“SegWit”), the “SegWit versus Bitcoin Unlimited” story remains a major conversation topic in the Bitcoin community. We agree with the overwhelming majority of technical leaders in the ecosystem who state that SegWit is not only the safer way to increase transaction capacity in the short-term, but it also includes other protocol improvements that will enable a significant amount of future innovation. There are some suggestions that the miners’ delays in activation of SegWit are economically motivated rather than technical in nature -- delays allow miners to collect artificially high fees from the strong demand for Bitcoin transactions in the short-term, and the assumption is that fees would decrease with the activation of SegWit and layer2 retail and micropayment applications, such as Lightning, which compete for fees. (Lightning fees are paid to peer-to-peer liquidity providers, and not miners).
Market Update
On March 10th, the bitcoin-based ETF proposed by Cameron and Tyler Winklevoss was rejected by the SEC. The decision was based on several factors, including concerns about the fact that bitcoin exchanges are largely unregulated, affecting the quality of the price data used to support the ETF. Reaction to the decision was mixed; however our view is that this is only a temporary blip in bitcoin’s progress. (More in this article, which includes Adam’s thoughts on the ruling.) There are other bitcoin ETF’s awaiting an SEC decision, and it is likely that new applications will be filed in the future. Many of the SEC concerns are addressed by Blockstream products and technologies, so future approval of a bitcoin ETF may be more realistic than the specific reasoning provided in the SEC decision would suggest.
In late February, the Enterprise Ethereum Alliance was announced, with large partners including Microsoft, Accenture, JP Morgan Chase, as well as other large companies and Blockchain startups. The alliance, which resembles organizations like R3 and Hyperledger, will attempt to address some of the problems encountered by businesses that want to use Ethereum for a number of different use cases. We do not view these groups as major threats to our platform because the technology they are developing is very early-stage compared to the Elements platform; however, we are focusing on making our tools easier for developers and engineers to use so that it is easier for members of these industry working groups to use our platform in some of their Proof of Concept projects.
Recent Accomplishments
Liquid: Next week, we will be inviting participants to join a live Liquid beta network. We will work with customers to integrate the Liquid service with their interface and perform live testing (real transactions but de minimis amounts initially). Once all of our customers are ready, we will launch the production version and begin planning Liquid 2.0.
Elements - Code Update: Based on our experience with using our Elements tools to create Liquid, we made significant improvements to our Elements Alpha code and published an update to our open source codebase.
Elements - New Release: We are preparing to launch a new version of Elements to add a very valuable feature. Using this new technology, we have been collaborating with a partner who is developing a new product on the Elements platform. Stay tuned for more information about this exciting release.
Lightning: We continue to make progress on our Lightning Network implementation. In our last update, we told you about our first end-to-end test of a lightning micropayment network. We also recently participated in a Lightning Network summit with representatives of all major Lightning implementations. At the meeting, significant progress was made on standardizing efforts so that all of the groups are able to collaborate together in order to accelerate development.
Company Metrics
Current Headcount: 41 Team Members
Offices: San Francisco and Mountain View
Runway: 5+ years


My comments about the snippets above -


Here is the second leaked email to investors which covers Q2 2017. Some interesting snippets with bolded areas by me to show important statements and claims being made by Blockstream.

Dear Blockstream Investor,
We have had a very busy Q2 and would like to give you an update on everything we have been up to over the past few months.
Community Update:
Some of our investors may be tracking the Bitcoin ecosystem scaling discussion. To recap, “SegWit” (short for Segregated Witness) upgrades a number of bitcoin features, provides at least a 2x capacity increase, and enables the high-scale Bitcoin Lightning protocol.
It appears that SegWit may finally be activated during the next few weeks, after what appears to be mostly political delays. That means that we should shortly see transaction throughput increases and an acceleration of Lightning deployment. Obviously uncertainty over this was of some concern to investors. We remain optimistic that Bitcoin can continue scaling via the adoption of a range of approaches tailored to the usage type -- we will keep you posted.
Recent Accomplishments:
Consensus 2017: In May, Blockstream sent a number of key team members to the CoinDesk Consensus conference in New York. The event proved to be a very valuable experience for us. We had multiple speaking and panel appearances, and our presentations were very well received by conference attendees. We also invited existing and potential Liquid customers to a live demo of Liquid Beta. The feedback from this demo was very positive and led to follow up press coverage. Several exchanges told us that they had been following our progress with interest, but seeing the value of the product firsthand was very important in their decision to help test the network and potentially become a customer.
Liquid: In early April we took Liquid Beta live, and have been working with multiple participants on both test transactions and moving real bitcoins between Liquid and the main Bitcoin blockchain. The feedback we received has been exceptionally helpful, allowing us to reduce the number of steps necessary for network participants to complete a two-way peg in and out of the Liquid sidechain and making it easier for our customers to send bitcoin across the Liquid network. We are pleased with our recent progress on Liquid and looking forward to adding new customers soon.
Lightning: With SegWit recently activated on Litecoin, our developer Christian Decker made the first lightning payment in a non-test environment.
Confidential Assets: In late April, we announced a new Elements feature – Confidential Assets (CA). CA builds on Confidential Transactions and allows users to put multiple assets on the same blockchain, hiding both the transaction amount and the type of asset. The first group using Confidential Assets in production is our investor and partner Digital Garage, who is including it in a loyalty point marketplace.
Company Metrics
Current Headcount: 43 Team Members
Offices: San Francisco and Mountain View
Runway: 5+ years


My comments about the snippets above -

This is a snippet from earlier after Bitcoin broke down, I like my commentary so I thought I would post it. Follow me on Twitter! @realcryptotrade POWER HOUR... Exclusive Webinar Available At http://bit.ly/gxlivewebinar1 The greatest opportunity of your lifetime is underway. The digitization of financial assets will ... Remove all; Disconnect; The next video is starting ️ Leverage OPM (Other People's Money): http://opm.cryptonewsalerts.net Bitcoin billionaire Tyler Winklevoss says the Bitcoin price will ‘at least’ 45x from ... The Lioness with Nick, Max and Anne Bellchambers, a Criminal Law Specialist from Bay Advocates. To listen to the entire show this snippet came from: https://...