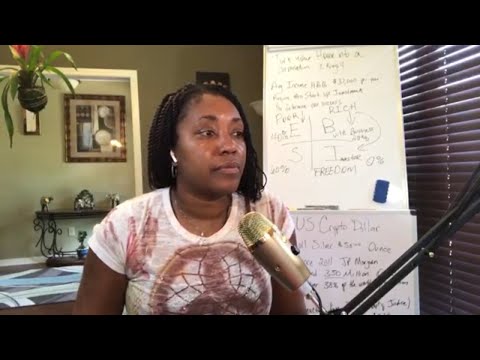 What is Bitcoin Cash and some exchanges to try out!

Bitcoin Cash (BCH) came about in August 2017 after a hard fork and a split in the Bitcoin blockchain. Bitcoin Cash is a direct result of the constant debates and many opinions about the future of Bitcoin’s scalability and mass adoption.

Bitcoin’s blockchain has grown exponentially in recent times. This means that many more users are using the cryptocurrency, which is slowing down the network.
The limited Bitcoin block size of 1 MB means that blocks are filling up quickly, resulting in a long queue of unconfirmed transactions. As a result, at peak times, transactions have become slow and expensive.
Bitcoin cash, on the other hand, was initially created with an 8MB block, which was later on increased in size to 32MB. This change allows for more transactions to be processed in each block mined.
Many see this as a step forward in terms of how best to scale the network.
Bitcoin Cash opposers remain adamant that it’s simply a short-term fix that doesn’t solve the problem in the long run. Also, they claim there’s no implementation of ideas such as Segwit to help effectively break transactions down into smaller, more manageable pieces.
Bitcoin Cash (BCH), Sometimes referred to as Bcash, is a fork of Bitcoin (BTC). When a fork occurs on a Blockchain, the currency is basically duplicated.
This means that anyone with Bitcoins in his possession at the time the fork occurred, got credited with the same amount of Bitcoin Cash.

Step 1: Get a Bitcoin Cash Wallet

Before you can buy Bitcoin Cash, you’ll need a Bitcoin Cash wallet to store it in. Hardware wallets that support Bitcoin Cash include industry leaders Ledger and TREZOR.
Both Ledger and TREZOR provide functions for you to use Bitcoin Cash as you would any other cryptocurrency. Both have also introduced the ability to claim your funds if you already owned Bitcoin at the time of the Bitcoin Cash hard fork.
Additionally, there are a variety of software wallets you can use to store Bitcoin Cash as well.
Exodus provides a great user experience with a seamless coin exchange service known as Shapeshift built in.
Edge is a mobile wallet for iOS and Android that supports multiple cryptocurrencies including Bitcoin Cash. It also has a variety of features allowing you to buy cryptocurrencies and exchange them from within the app.
Electron Cash is a clone of the awesome Electrum wallet for Bitcoin. If you’re used to Electrum, then you’ll have no problem jumping on board with its sister technology.
Other wallets that support BCH include Keepkey, BTC.com, Bitpay, and Coinomi. You can view all available wallets on the official Bitcoin Cash website.
Once you have your wallet, you will need your Bitcoin Cash address. It’s a long string of letters and numbers that start with either a “1” or a “3” — similar to normal Bitcoin addresses.
Since many people got confused and started sending Bitcoins to Bitcoin Cash wallets and vice versa, a new format was invented for Bitcoin Cash. The format, called “Cash Address” is 42 characters long and starts with a “p” or a “q”. Here’s an example:
qpm2qsznhks23z7629mms6s4cwef74vcwvy22gdx6a
Keep in mind that Cash Addresses are just a representation of original Bitcoin Cash addresses. This means that the same address can be represented in two different ways (normal format or Cash Address format).
Not all wallets support Cash address format.

Most Bitcoin exchanges will also allow you to buy Bitcoin Cash, here are top ones around.


eToro allows users from around the world to buy and sell Bitcoin Cash with a variety of payment methods.
eToro is more aimed towards investing in BCH for making a profit in fiat currency (i.e. Dollars, Euros, etc.) rather than actually using it. That being said, eToro does give you access to your coins and allows you to send coins from eToro to other people.
If you use eToro for investment only, you don’t actually need a Bitcoin Cash wallet as you won’t be withdrawing the coins.
*75% of retail investor accounts lose money when trading CFDs with this provider. You should consider whether you can afford to take the high risk of losing your money. CFDs are not offered to US users. Cryptoassets are highly volatile unregulated investment products. No EU investor protection.


Coinmama, one of the oldest exchanges around, allows you to buy Bitcoin Cash with a credit card, debit card or SEPA transfer. Coinmama accepts users from almost all countries around the world.


CEX.IO, based in London, is a trusted, experienced name in the industry, having been around since 2013. You can choose from a selection of cryptocurrencies on the site, including Bitcoin Cash.
The exchange has a brokerage service (easier to use, more expensive) and a trading platform (cheaper but more complex).CEX accepts credit cards, debit cards, wire transfers and SEPA.


Coinbase is a reputable Bitcoin exchange that supplies a variety of other services including a wallet, a trading platform (Coinbase Pro) and a Bitcoin debit card.
If you’re a beginner, it’s probably best to use the brokerage service which is a bit more expensive, but easier to use. Advanced users can use Coinbase Pro to buy Bitcoin Cash with lower fees.
Coinbase accepts debit cards and wire transfers.


Bitstamp, the oldest exchange around, supports the trading of BCH to Bitcoin and direct purchases with US dollars or Euros. There’s also an option to buy Bitcoin Cash with your credit card at a higher price.
If you know your way around Bitcoin trading platforms it’s best to use that service and not the credit card service since you’ll save substantially on fees.
Other options to purchase Bitcoin Cash include Bitfinex, Cryptmixer, Kraken, Poloniex, HitBTC, and more (you can view all available exchanges on Bitcoin Cash’s website).


Step 3: Transfer the BCH to your wallet

As usual, I recommend that you never leave money on an exchange.
Once you’ve finished buying your Bitcoin Cash, move it to your own wallet (the one you chose in step 1). You can then follow the status of your transaction using a Bitcoin Cash block explorer.
Once you receive three confirmations for your Bitcoin Cash, you can safely say you’ve completed the process.

It’s apparent that Bitcoin Cash has still not gained full acceptance by large parts of the cryptocurrency community. It still sits firmly in second place to its older brother in terms of both price and usage.
Bitcoin Cash has the advantage of being the first major split that has garnered acceptance. Most forks after it didn’t receive nearly enough attention from the community or the media.
However, with internal conflicts inside its founding team and accelerated Bitcoin development for scalability solutions, I’m not sure if there’s an actual use case for Bitcoin Cash other than price speculation.

The transactions are then said to have been confirmed by the Bitcoin network. For example, if Sean sends one bitcoin to John, this transaction will remain “unconfirmed” until the next block is created. Once that block is created and the new transaction is verified and included in that block, the transaction will have one confirmation. Approximately every ten minutes thereafter, a new block ... Ethereum vs bitcoin: epic crypto battle of 2019. Blockchain unconfirmed transaction hack script updated june 2020 100% working With the new release of the blockchain unconfirmed transaction hack, you can hack any unconfirmed bitcoin directly. 36 odgovora na najčešće postavljana pitanja o instagramu. What is a blockchain wallet?. Best bitcoin mining software for iphone. Blockchain Latest ... unconfirmed-transactions child-pays-for-parent. share improve this question follow asked Nov 11 '17 at 7:08. Micheal J. Micheal J. 1 1 1 silver badge 1 1 bronze badge. I am glad to see that your transaction confirmed eventually. Yes, it is a frustration for some that there is sometimes a delay. It is still a lot faster than driving to the exchange with cash but with Bitcoin there are no ... When a letter of credit is confirmed, another bank (presumably one that the beneficiary trusts) guarantees that payment might be made. It can be a important part of mitigating a vendor’s risk of cost in either international trade or domestic business. A letter of credit is safer for the vendor or exporter in case the client or importer goes bankrupt. Since the creditworthiness of the ... how to confirm my bitcoin transaction - How long does it take for a bitcoin transaction to confirm? A transaction confirms once it’s been included in a block. Each block is added approximately every 10 minutes (though can be more faster or slower than that). However, if you don’t set high enough fees, your transaction may not make it into the next block.

Has Bitcoin Broken The Line To Start Next PARABOLIC BULL RUN?? (BTC CHARTS) ----- Bitco... Epic Rap Battles Of History: Thanos vs J Robert Oppenheimer Download / stream the track here http://hyperurl.co/ThanOpp Brand new pin badges and wristbands ... White House 'confident' Trump will be acquitted: 'The facts are on our side' - Duration: 9:26. Fox News Recommended for you. New There are various types of letter of credit (LC) used in the trade transactions. Some of them may be defined by their purpose. They are Commercial, Export / ... #Dreambigcryptonama #Onecoinnewsletter #Onecoinonelife One coin News letter 30 September 2019 - One coin onelife - Latest news News letter Link: https://www....