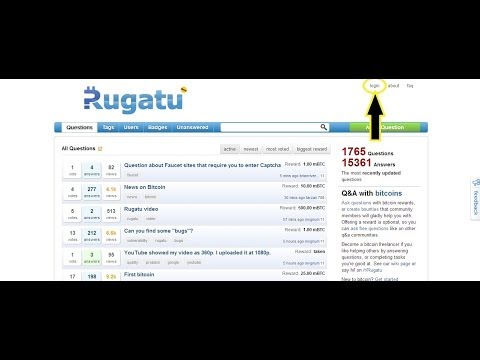 Original Note published here... Bitcoin Smashes Empires
by R.U. Phree
22 April 2013
What follows is my response to a question that was posted on the Rugatu website asking, "What is the legal status of Bitcoin?" (http://www.rugatu.com/questions/16612/what-is-the-legal-status-of-bitcoin).
After composing this over the course of 10 minutes or so, I realized I liked the response, and decided I want to "polish it up" into a better op-ed style article. Any feedback, positive or negative (though keep it constructive, please) is appreciated.
 While it is true that the UNITED STATES (or, as I like to call it, the American Federal Empire) Treasury Department issued rules (or rather guidelines) regarding Bitcoin financial transactions, the fact is that Bitcoin is an international phenomenon… so, the joke is on the regulators. The American Federal Empire has no authority or power to regulate Bitcoin! Nor, for that matter, does any other "government".
Sure, they can issue arbitrary decrees for anyone within the artificial lines drawn on a map over which they say they rule, but can they enforce? There is a reason this is called a "cryptocurrency", people. They may bring the hammer down on a person here or there, but their efforts are futile, especially if people take on the attitude that these criminal gangsters have no power or place here, and simply ignore their impotent decrees, as should be done.
I, for one, will not comply with The Empire or their so-called "laws". Many, many others will also ignore this shriveling Empire which is withering away as we speak. The Empire's currency is weakening and within our lifetimes will break… that is why Bitcoin has taken hold as it has. When that break happens, The Empire will die…. plain and simple.
Now, here is the big secret (which really isn't that secret)…. if you look into the history of the concept of Bitcoin, where the idea started and who the early phase 1 and phase 2 adopters are, you'll discover that the destruction of The Empire is the goal of these people, and a Bitcoin-like concept has always been seen as a tool to achieve that goal. The idea of Bitcoin came out of the crypto-anarchist Cypherpunk movement of the mid-90s, and the earliest adopters of the currency have largely been people in the "liberty movement" (libertarian, voluntarist and anarchist movement), especially participants in the Free State Project in New Hampshire (as evidenced by the fact that the largest concentration of Bitcoins held in any one geographic region has been reported to be New Hampshire).
To sum it up, Bitcoin smashes empires…. that is what it was designed to do. The "legal status" of Bitcoin is irrelevant. These gangsters calling themselves "government" really don't get the Internet, and they certainly don't get Bitcoin. They don't understand that it is the doom of their power.
They can write all the rules on paper that they want to. It will be meaningless. Magic scrolls only exist in Dungeons & Dragons games…. the decrees of these criminals have no such magic and should be treated as the impotent babblings of the ignorant that they are.
 EDIT: 4/22/13 8:05am
I know this doesn't really answer the question, per se. But it does bring a different perspective to the question... one which is very present within the Bitcoin community. As such, it does in its own way, answer the question.
It is also something of which those with a more mainstream view in the Bitcoin community need to be aware.... this digital coin that you love was designed to destroy The State that you worship. Sooner or later, you are going to have to make a decision as to which one you value more.